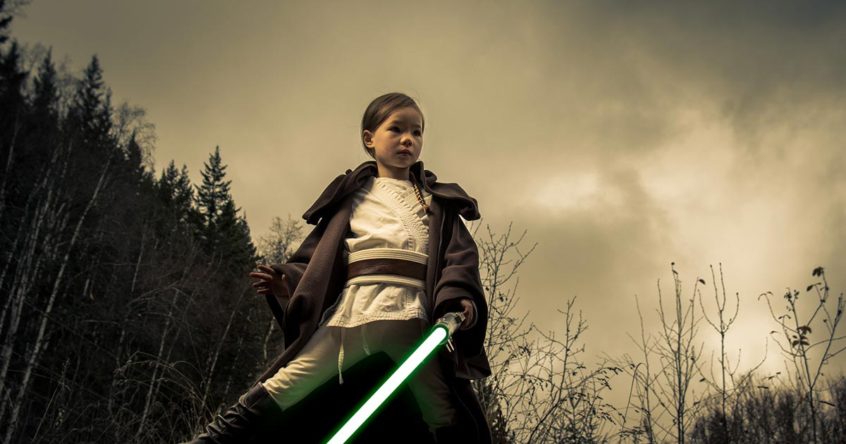 Tyler is our second shooter at most of the weddings we shoot and he is also my best friend. I approached him and Florence to see if they’d be interested in doing a photoshoot for their daughter Jade. I had noticed that Jade watched the Star Wars movies with Tyler on a regular basis and even quoted lines from the movies at some very opportune moments. Tyler told me about a time when he and Jade had agreed on a time that she would go get ready for bed, but when the time came Jade said that she was going to stay for an extra 10 minutes. Tyler pointed out that the extra 10 minutes was not part of the deal when they had made the agreement before….but she simply replied, “I’m altering the deal, pray I don’t alter it any further” and simply walked away. Tyler could only reply with, “well played young padawan, well played.”

SO, a Jedi photo shoot for Jade was definitely in order. 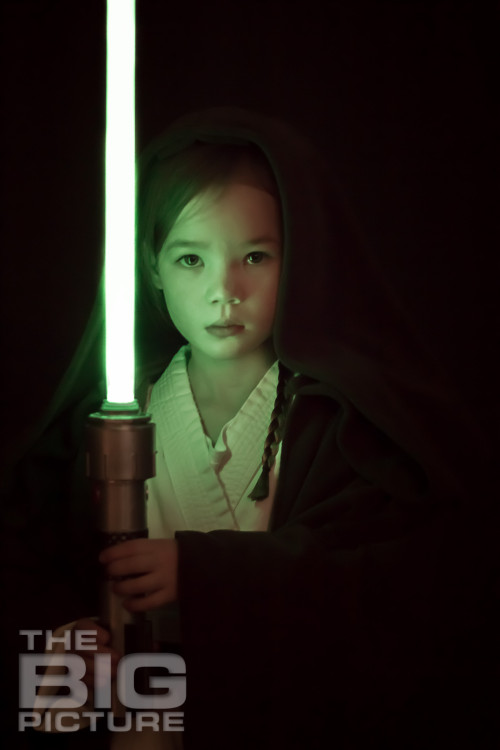 We started off in the studio doing a few concept shots that I haven’t quite completed, but I really liked this shot with our home-made light saber. 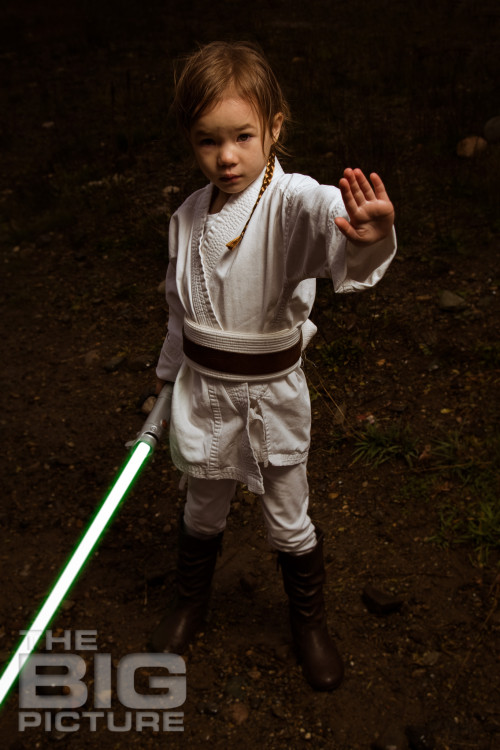 We headed outside to try to do some interesting outdoor shots that I’d be able to add into some composite images. On the way to a location I had scouted, we did this shot of Jade using the force. 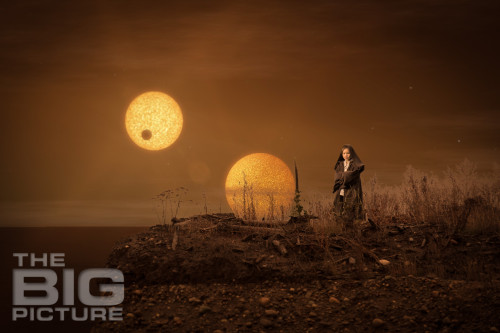 I’m still learning to do composite images, so this is not 100% what I was going for, but it is pretty cool. 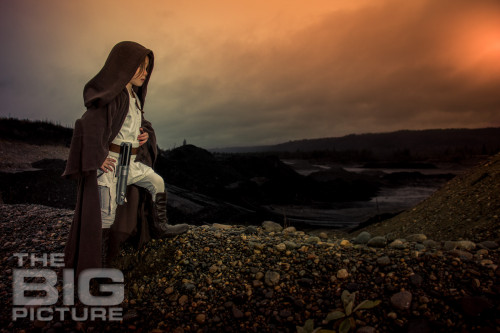 This shot of Jade is one of my favourites from the day. 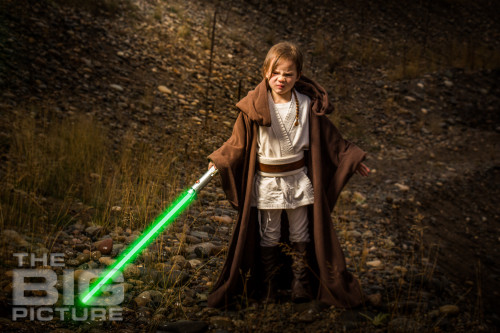 Jade was pretty good at playing the part, but for this shot Tyler ended up scratching Jade’s forehead as he was fixing her hood for this shot and it really brought on her mean face. If you look closely at the large version of this picture, you can see some tears rolling down her face. 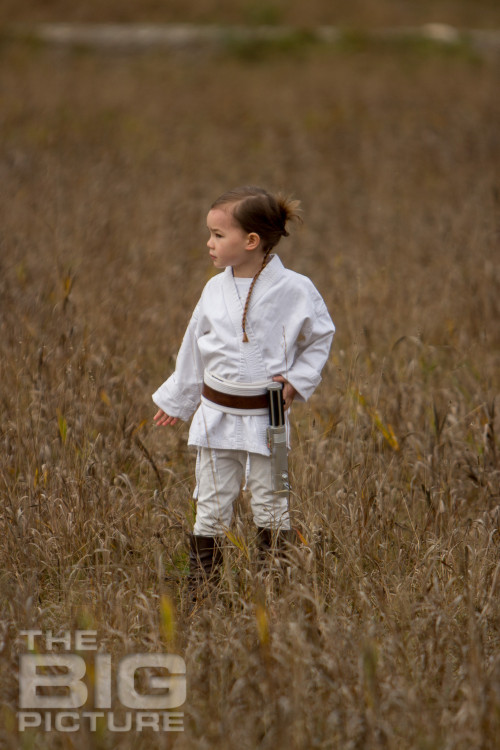 We went out a second day to another location to get some Padawan shots. Jade sure was cute in the grass. 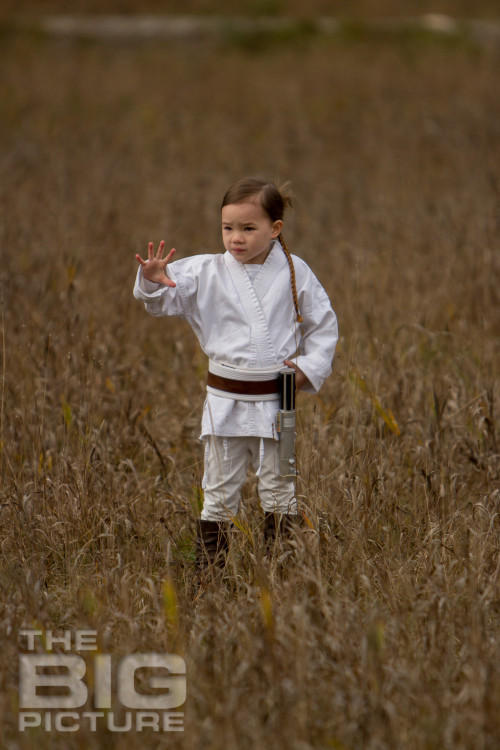 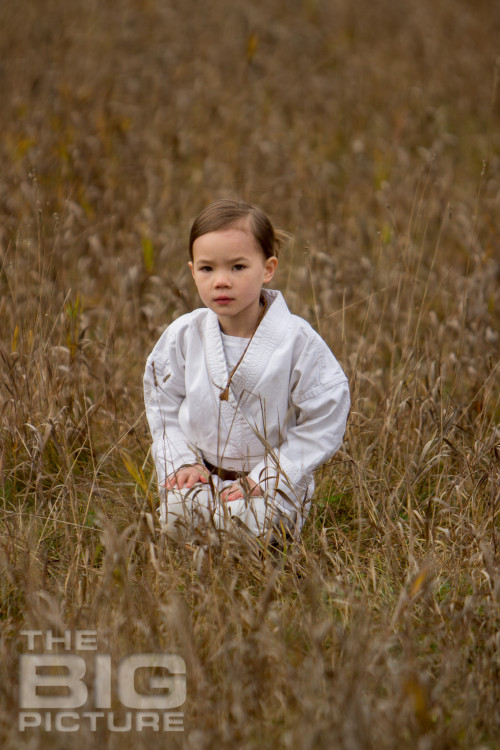 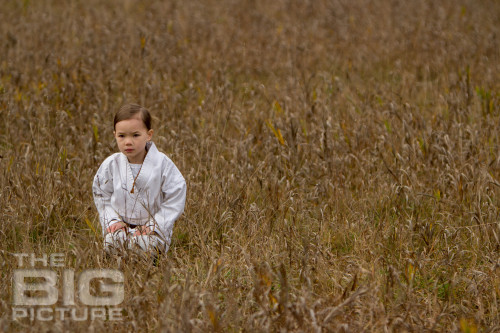 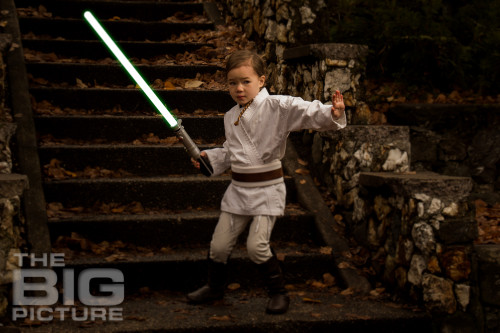 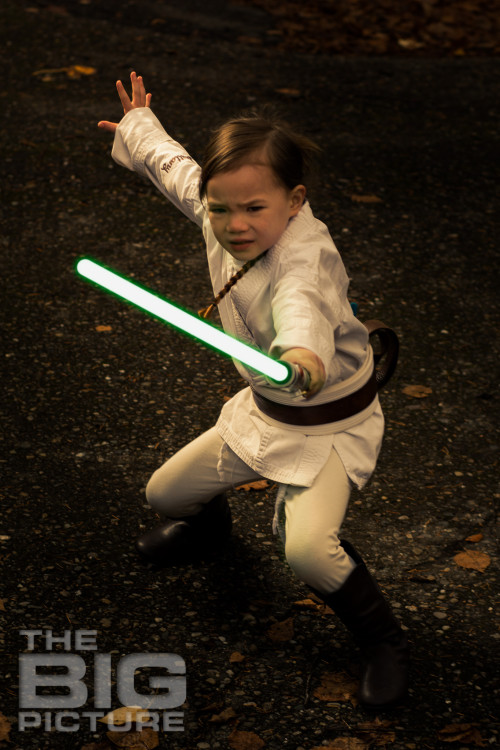 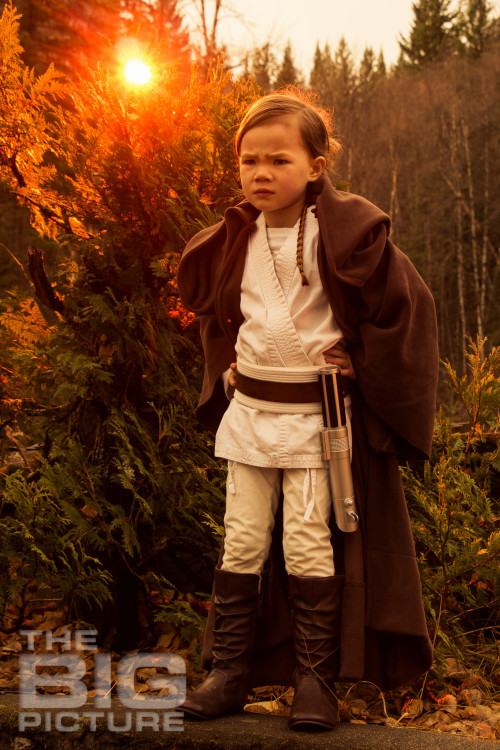 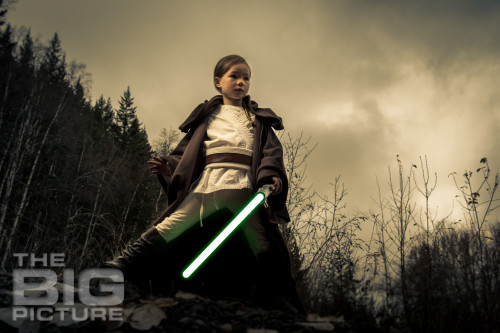 This last shot of Jade is probably my favourite. #JadeTheJedi