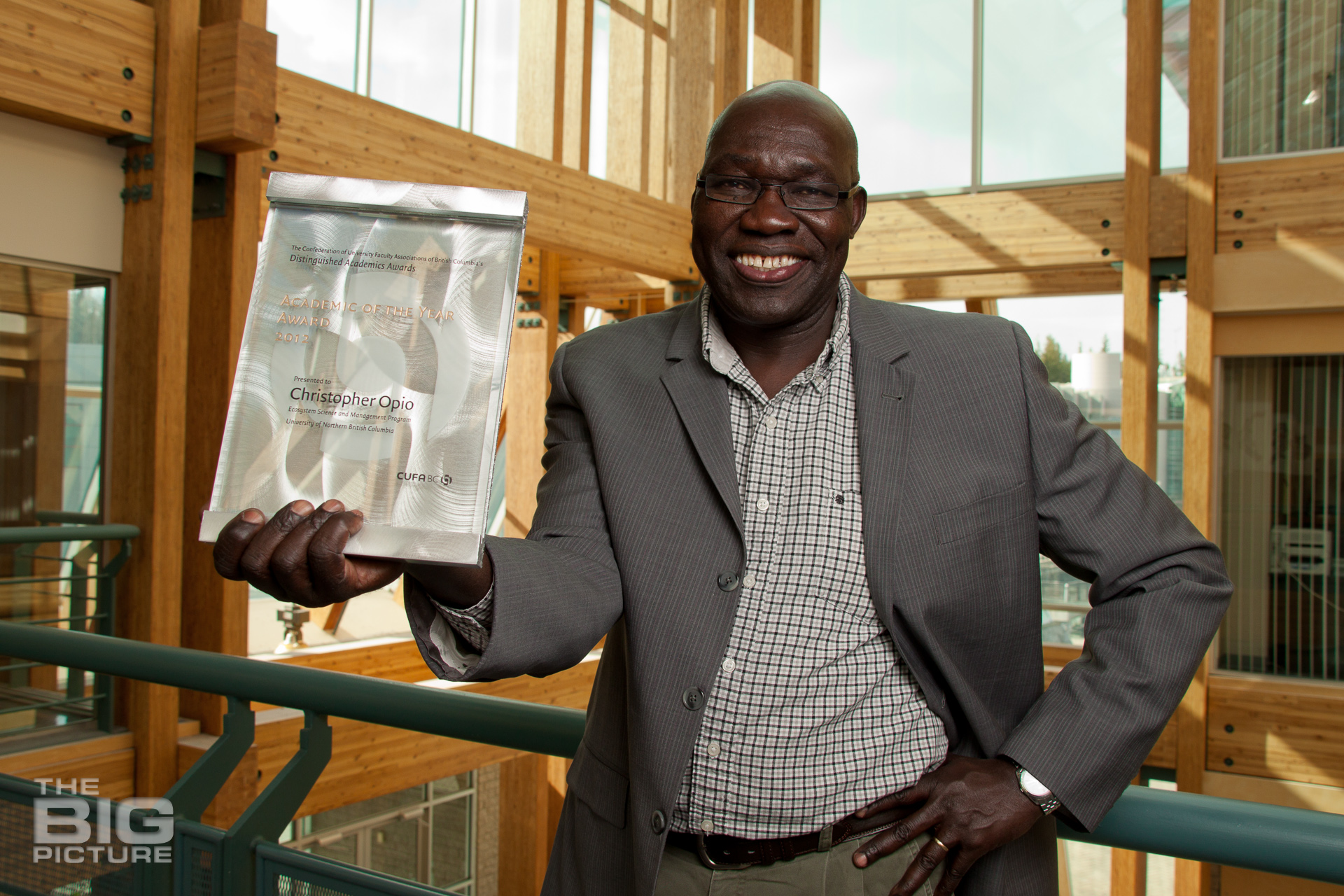 I’m actually going to Africa at the end of May 2012 and I’ll be shooting a short documentary for the Northern Uganda Development Foundation (NUDF.org). The founder of the organization is a professor at UNBC and just recently got an award from CUFA BC as the Academic of the Year. A very distinguished award considering he was being compared to over 5000 other university professors across BC.

So, I approached Chris to get a few portrait photos taken of him holding his award so we can use them for promotion on the NUDF website an other articles.

I’m really happy with these photos though…I showed up at 4pm and we walked around the university and found a couple locations to take some photos. UNBC is one of the most beautiful universities in Canada, so it was pretty easy to find a couple awesome places. When all was said and done, I was walking back out to my car at 4:30pm with some great photos.